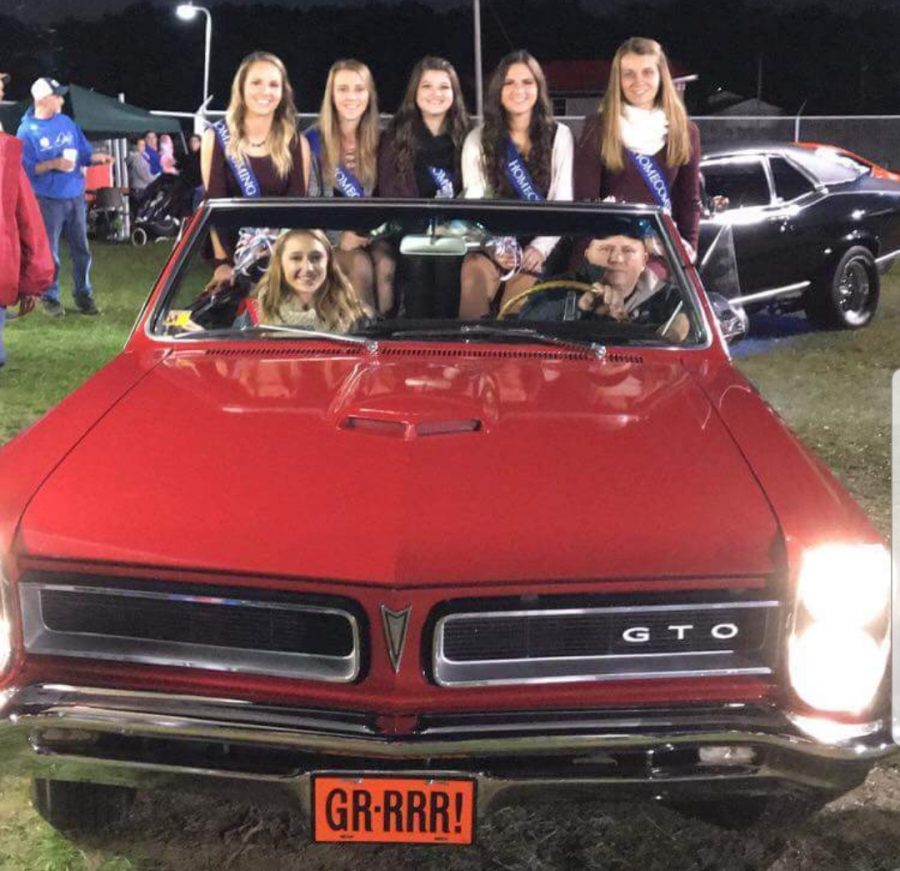 West Branch ended the Homecoming week with the crowning of Derek Yingling and Jennifer Adams as the King and Queen for 2018. Mallarie Maines was the runner up and was also crowned.

Leading up to that, the students spent a week celebrating West Branch and the candidates.

Throughout the week of September 24 to 28, the candidates and many other students participated in the five days of Spirit Week: PJ Day, Twin Day, Country Day, Decade Day and Red/White/Blue Day.  Julia Herring most enjoyed Twin Day because she got to dress as a “frat boy” with her twin Nathan Zetts, who was also on the court. Runner-up Mallarie Maines, who twinned with Ruthie Betts, said her favorite Spirit Week day was also Twin Day.

On Friday during school, a pep assembly was held. The candidates were introduced and Derek was crowned as the king.  When asked, Derek said that the best part of the week was enjoying it with his friends. After the crowning, the candidates and some students and teachers who had shown a lot of spirit played games. They had a relay race and played blindfolded musical chairs. Emily White felt that the relay game was a lot of fun. She and her team had to dress as Mr. Williamson and run back and forth. Her team was the winner of the relay.

Friday night at the game the girls arrived at field in classic cars driven by alumni and community members: Doug Ceprish, Tom Veres, Tom Blasko, Bill Lindstrom,  Jeff Coval and Scott Thomas. Escorted by their parents, they were introduced at halftime. Skylar Ceprish, the 2017 Queen, was there to crown the winner.

After the game, a dance was held in the gym.