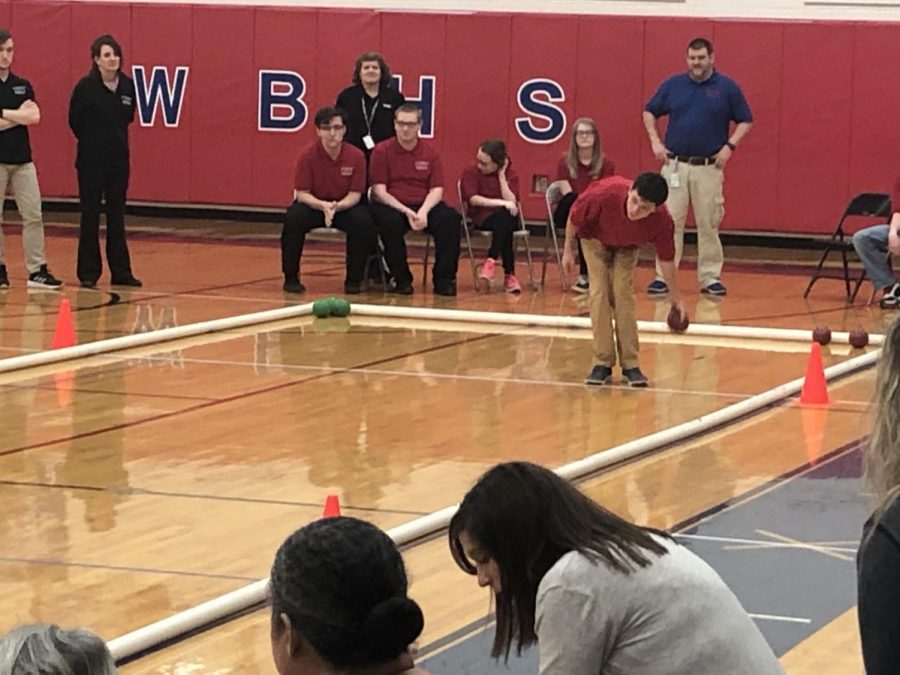 Morrisdale- On Thursday, February 21st the West Branch bocce ball team defeated Clearfield in two sets. In the first set, West Branch beat Clearfield by a sound 3 points with a final score of 7-4. It was a contribution from all team members with Esther Guerra and Trevor Jones leading the way getting many close hits. While Denver McGuire and Kierstein Hampton scored many key points and helped to hit Clearfield’s balls out of the way clearing a path for a West Branch victory. In the second set, the Warriors were able to come back from losing and win the set 8-7 leaving no need for a third set. In this matchup, the Warriors were down by 3 and Jones, McGuire, Elijah Williams, and Hayes Jones were able to tie up the game and set up the rest of the team to take the lead. With the 8-7 victory, the Warriors won the game and will be heading into their next match 1-1 on the season. Also before the Warriors took on Clearfield they played in front of the West Branch Elementary and unfortunately could not defeat the teachers. The Warriors will next be seen in a tournament with a date to be announced.