Pi Day is Circling Near 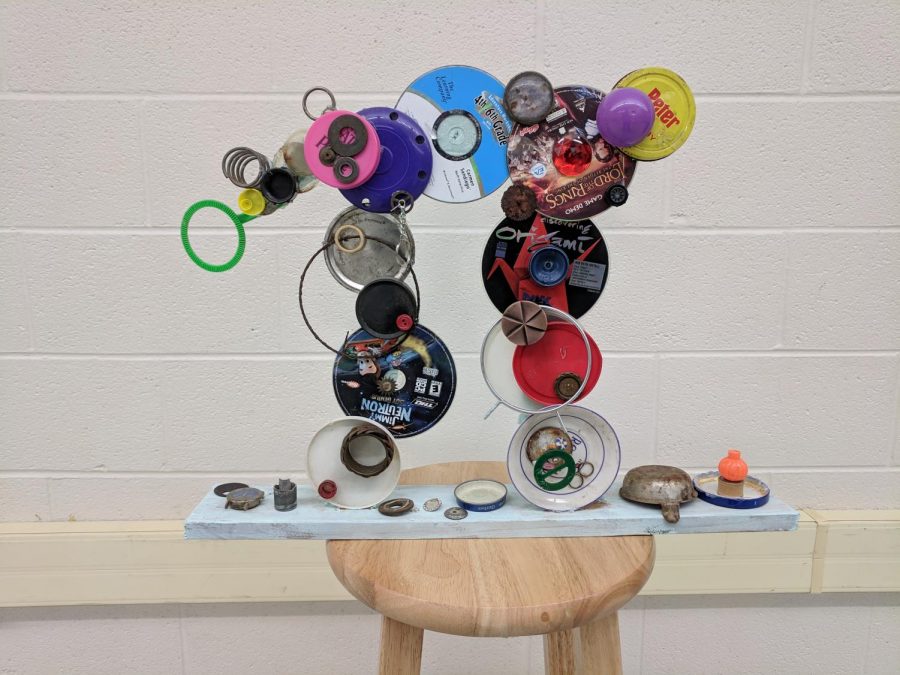 A statue Kestrel Merritt constructed for a high school project

Every year, Pi Day is celebrated on March 14th. This is because the number pi is approximately 3.14, the same date as March 14th, 3/14. Pi multiplied by the diameter of a circle is equivalent to the circumference of a circle. Pi can be represented as the Greek letter π.

π has been known for about 4000 years. The ancient Babylonians found the area of a circle by taking 3 times the square of the radius. This gave π a value of 3. However, a Babylonian tablet suggests that the value is 3.125. The Rhind Papyrus, an ancient Egyptian document with examples of ancient mathematics, estimates the value of π as 3.1605.

The first calculation of π was done by Archimedes, an ancient mathematician. He tried to find the area of a circle by using the Pythagorean Theorem to find the area of two regular polygons: the polygon inscribed in the circle, and the polygon in which the circle is circumscribed. Archimedes knew that he had not found the value of π. However, he did estimate the value of π between 3 1/7 and 3 10/71.

Zu Chongzhi used a similar method, although he was not aware of Archimedes’s work. He calculated the circumference to diameter ratio to be 355/113. To construct the accuracy of π, he took a 24,576-gon and did many calculations. These calculations involved multiple square roots taken out to the 9th decimal place.

The Greek letter π was introduced in the 1700s. While it was introduced by William Jones, Leonhard Euler popularized it in 1737. In the 18th century, Georges Buffon discovered a way to calculate π based on probability.

Pi Day was founded in 1988 by Larry Shaw. It was first celebrated at the Exploratorium, a science museum in San Francisco. Some of the festivities included circular parades and eating fruit pies. In 2009, the U.S. House of Representatives passed legislation to make Pi Day an official holiday.

A Brief History of Pi
What is Pi Day?