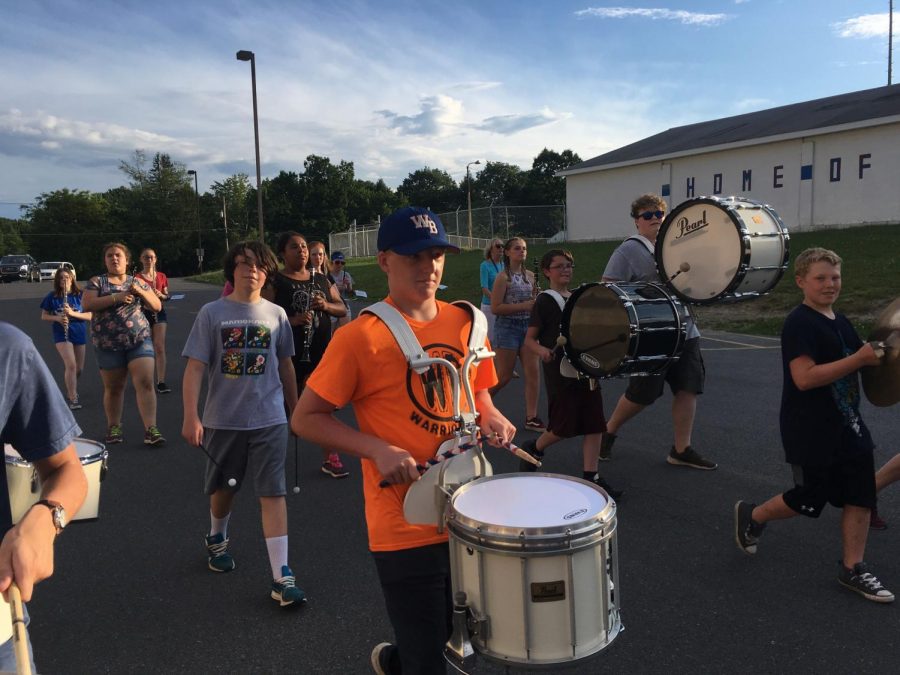 Our West Branch Warrior Marching Band marching around the school during practice.

This year, our Warrior Band will feature the song “Americans We” by Henry Fillmore. This captivating march features three very unique and distinct moods and will be sure to give bystanders a show to watch. For history, song analysis and more, click here for more information. The band front routine compliments the piece very well with some exciting moves and even a climactic toss.