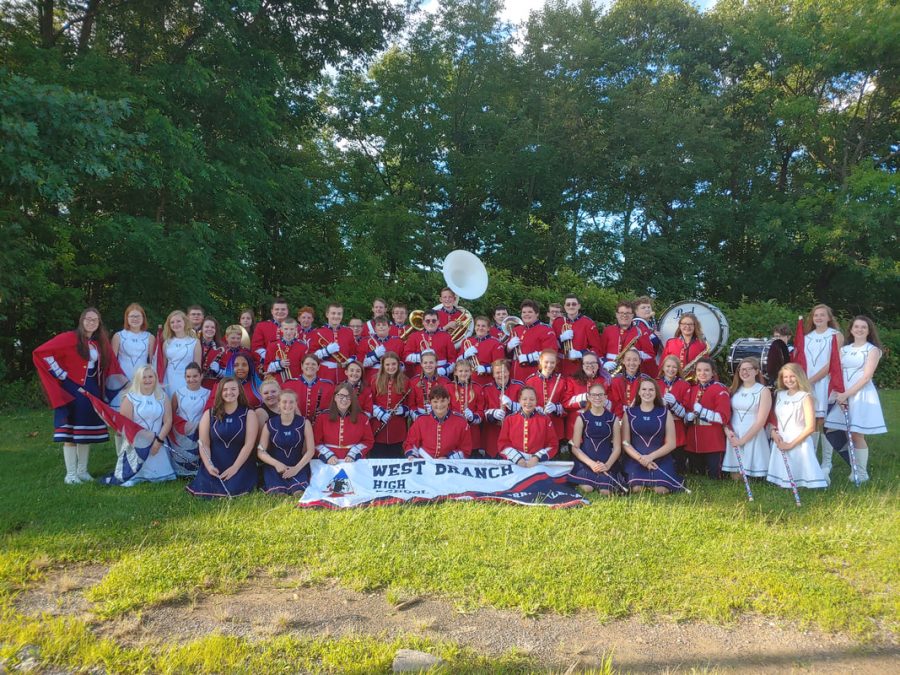 This parade season has been nothing short of difficult, but the West Branch Marching band pushed through it, showed their resilience, and made everyone proud.

Before the season started, the band was having a tough time finding a director. Brandon Houtz decided to take the Summer Band position. Two practices before the first parade, Houtz stepped down from his position, leaving the Band without a director. This didn’t discourage the Warrior Band. They showed their resilience and pushed through it with the support of the WB administration and Band Front Advisor Mrs. Melody Bell.

Their first parade was the 4th of July parade at Osceola Mills. It was a very very hot parade. Band members were passing out left and right and two were sent to the hospital by ambulance. That parade Mrs. Alison Koleno marched with them and made the decision of the students marching with no hats or coats. Even though it was very hot, the band pushed through and ended up winning first place!

The second parade was the Heritage Days parade in Philipsburg, The temperature was lower than the 4th. They marched with Mr. Nik Bisko for this parade. This parade is when the school decided to have a van following the band in case a member becomes ill. Although they didn’t place in this parade they got an eye-opener into the hard work that is going to be needed to improve. Along the route, the band got some negative and some positive comments. They used these comments to make them work harder.

Curwensville was the hottest parade of the season and the county was under a heat advisory. All schools decided to forgo the uniforms and go with the most comfortable, breathable and least heat-absorbing materials possible. The Warrior Band had been putting in a lot of hard work for this parade under the leadership of West Branch’s new band director, Mr. Lance Jones. They put on their best show and took home second in their AA Division, along with best Honor Guard.

The Clearfield parade was the Band’s last competitive performance. Dressed in full uniforms, the band marched through the parade the way the Warrior Band should march. Heads high, chest out, shoulders back, stomachs in, straight face and feet rolled. The band gave the spectators in the Grandstands their best performance yet. When it came to judging WB took home second in their AA Division.

The band has made it a custom to attend the annual Kylertown parade. This is their hometown parade where all of their fans come from. One of the most relaxed parades they get to do. Despite the unexpected storm that blew through, the Warrior Band put on a spectacular show for the crowd.

The Band had “Band Camp” for the upcoming 2019 football season last week. The show that the Warrior Band will be performing is a John Williams themed show, the songs consist of The Super-Man Theme Song, The Jurassic Park Theme Song, and The Star Wars Theme.

This ends the 2019 Warrior Band Summer season. Good luck to seniors in whatever life holds.