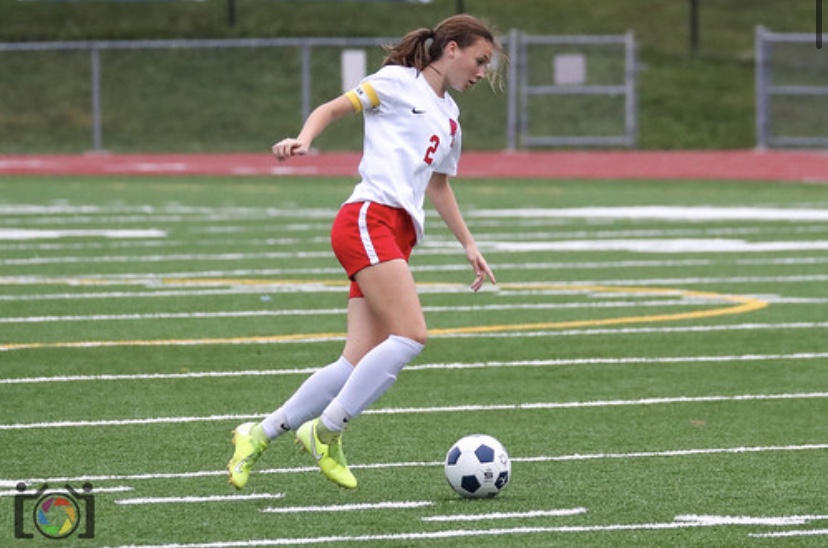 Trinity Prestash dribbles the ball on a break way, looking for a shot.

On Thursday, October 24th, junior Trinity Prestash, striker for the Lady Warrior Soccer Team, broke the single-season scoring record. The record was previously held by Christie Sabol, who scored 35 goals in her sophomore season in 2011. Prestash has 38 goals this season and broke the record during the District 6 semi-final game against Bishop Guilfoyle, where she scored four goals.

Throughout this season, Prestash has been the predominant offensive force on the team. Angie Fenush, head coach of the varsity team said, “Trinity is a great example of hard work paying off. Her positive attitude, work ethic and dedication to her team has earned her this great accomplishment.”

Congratulations to Trinity Prestash for this achievement!