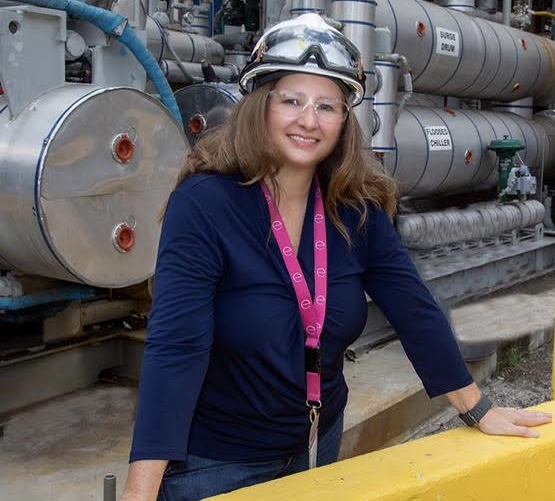 Barbara Buck, graduate of 1987, poses for a photo at work in South Charleston, West Virginia.

There are varieties of career paths that West Branch alumni can take after high school that allows them to express their individual interests and passions. For instance, Barbara Buck, graduate of 1987, pursued a career in chemical engineering. Buck said that she always enjoyed chemistry and was fairly decent at math throughout high school and figured chemical engineering would complement her skills.

However, originally Buck wanted to became a physical therapist, but she soon realized that she was not going to continue this occupation and made the decision to change her major. Buck’s mother was a civil engineer which she also said led her decision to pursue chemical engineering.

Buck attended Pittsburgh University and graduated in 1992. She first began working as a plant engineer doing design projects. Later, she relocated to the Global Technology Technology Center where she pursued product development scale up and technology projects for plants globally. Now she works at Convestro in South Charleston, West Virginia as a site manager. Buck says she enjoys, “figuring out how to make something on a large plant scale, designing the equipment, and then actually getting to see material produced,” and her occupation is full of it.

Buck says for the future her desired position would be a global management position in production and technology; however, she says that she really enjoys Convestro and Charleston and would love to stay there for the rest of her career.