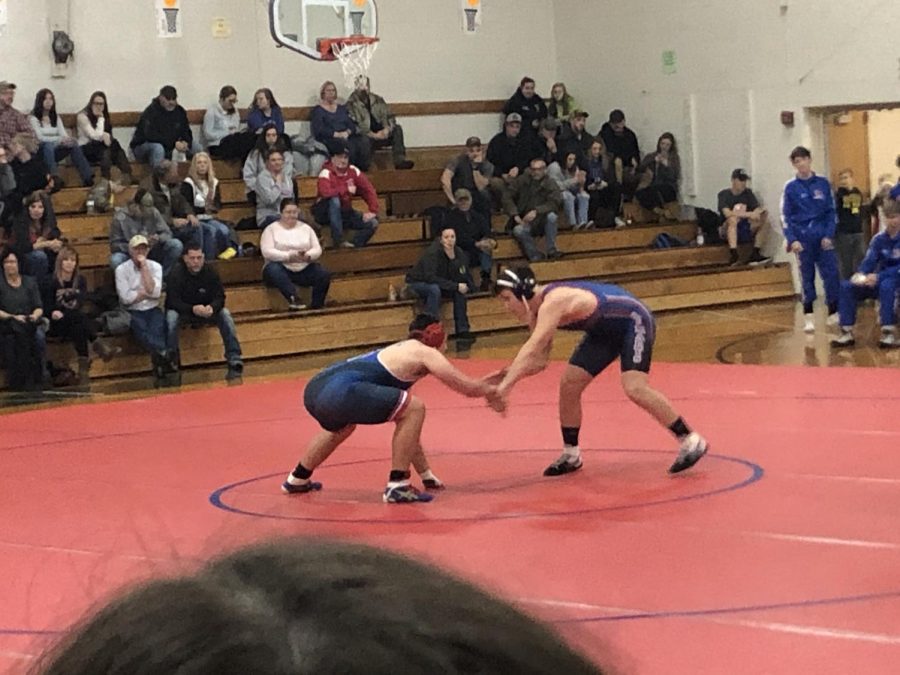 Warrior wrestler Ethan Yingling fights off the attack of the St. Mary's wrestler.

Morrisdale- On Tuesday, December 17th the Warriors hosted the Saint Mary’s wrestling team. The Warriors fell to Saint Mary’s 42-33 in a close match. The match started out at the 195 lb weight class, and the Warriors found themselves down quickly into the meet as they lost their first two matches of the night. But the Warriors began to climb back after a pin by Landon Pase followed by a forfeit to Kaleb Sallurday. Throughout the rest of the meet the Warriors went on to receive two pins by John Myers and Will Herring and a decision by Jaxon Myers (4-1), but St. Mary’s was also able to tally two pins themselves and added a technical fall. The Warriors are now 2-1 on the season and will return to the mat on Friday, December 20th at 7:00. The match will be held at West Branch Area High School as they face the 5-3 Bellwood-Antis wrestling team.