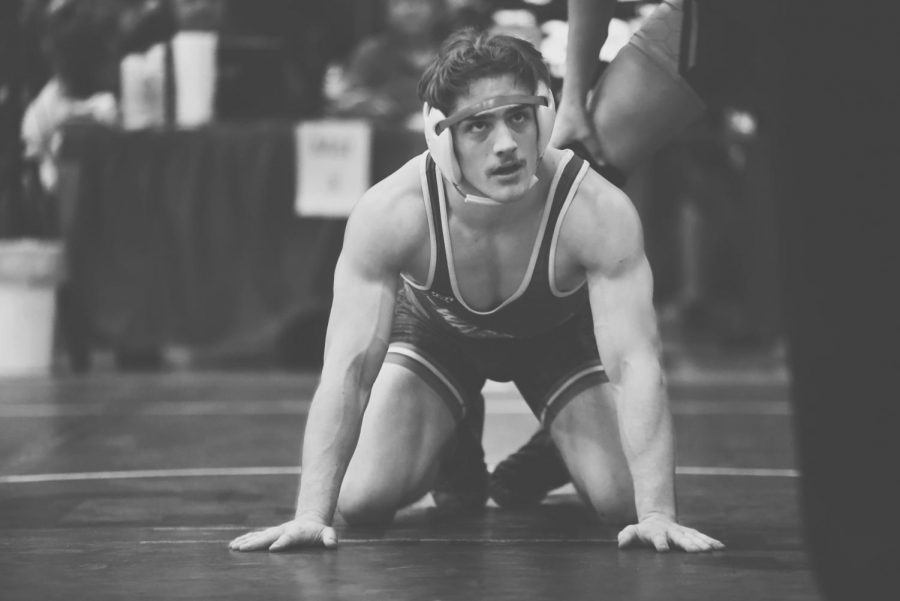 Will Herring takes the mat in the referee's position.

Morrisdale – The West Branch warrior wrestling team wrapped-up their annual Ultimate Warrior Invitational on Saturday, January 25th. The tournament, which was held on Friday and Saturday, consisted of 34 teams and over 100 of the top wrestlers in the state. For the team race, Southern Columbia came out on top while finishing with two individual champions. Each year, a single wrestler is voted to be the outstanding wrestler for the tournament. This year, Kolby Flank from Wilson High School was named the outstanding wrestler for his individual performance and earning his spot on the top of the podium for the 220lb weight class. There were five returning champions from the 2019 tournament, but only 3 were named back-to-back Ultimate Warrior Champions this year.

Top finishers for each weight class: