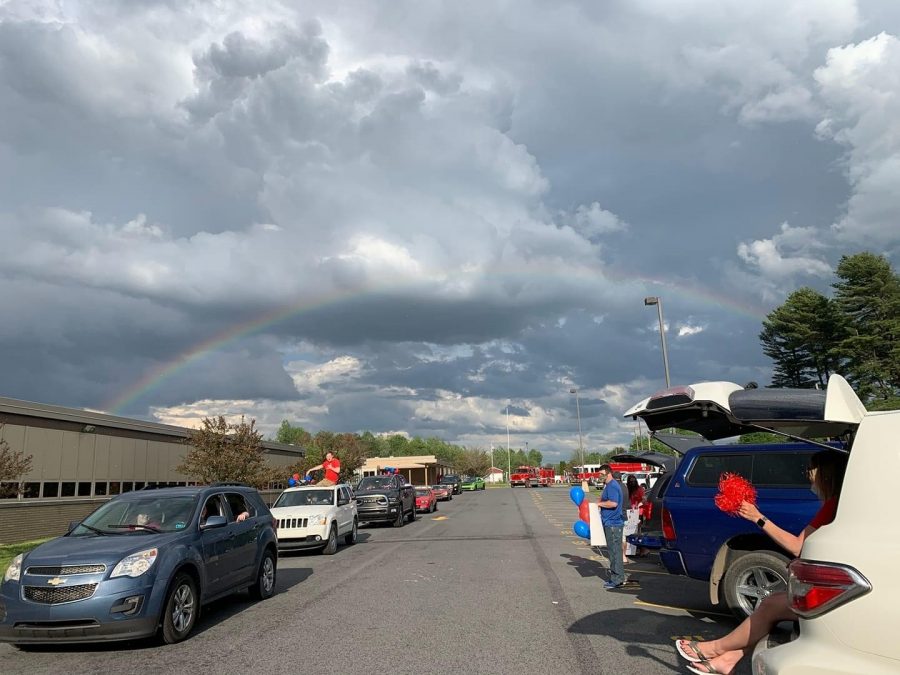 Congratulations to the Class of 2020 as they head into their futures!

The 2019-2020 school year was interesting, to say the very least. So much happened this year that it is almost too hard to remember. Take a look at everything that happened this year, including all of the ups, downs, and in-betweens:

The Community Arts Programs put on a production of Willy Wonka at WB
Former teacher/coach Gary Miller donated a haul of baseball equipment to the country of Chile
WB was announced to add a middle school, starting with the 2019-2020 school year

The nail-biting Warriors vs. Black Knights football game happened on August 30th
The Lady Warriors volleyball team started their season with the Central Mountain tournament
The football field house was deemed unusable after recent tests stated that the building had poor air quality
On September 5th, the Lady Warriors soccer team tied Everett in an intense overtime game
The Freshmen and Sophomores received new Chromebooks for their 1-on-1 laptops
The new Multi-Media Room was gifted to the Warrior Watch staff, the yearbook staff, and the gifted department.
Spirit Week brought school spirit to WB
The Homecoming Court 2019 was announced
The Technology Department held an October Wallpaper Contest
The Lady Warriors volleyball team beat Bellwood-Antis in the four-set game
The Alumni Watch series was announced
Volleyball Coach Trude got his 600th win
The Warriors vs. Vikings football game was on September 13th, 2020
Eddie Dale was announced as the 2019 Homecoming King
Taylor Kalke was announced as the 2019 Homecoming Queen
The 2019 Halloween Pet Contest benefited the SPCA
The Warriors vs. Trojans football game happened on Homecoming
Morgan Glace earned her 1,000th assist in volleyball
The Lady Warriors soccer team defeated Bishop Guilfoyle

The Boys Basketball Season started
The 2019 Winter Band Concert was held on December 11th
The Misfit Mayhem gave students something fun to do before Christmas break
The Girls Basketball Season started
The Family Reindeer Games happened on December 10th
The Warrior basketball team beat Bald Eagle in an overtime thriller
The first-ever Holiday TikTok Contest was held
The Spring Play was announced to be Clue: On Stage
The Warriors vs. Flying Dutch wrestling match was held on December 17th

The WB Athletics were gifted with a new gym floor
2020 got off to a rocky start
Dr. Stowman visited the Warrior Band
Ayden Gutierrez signed a letter of intent to play college football with Grove City
Kobe Bryant passed away on January 26th
The WB physics class completed Rube Goldberg projects
Many WB CCCTC students won awards in the Skills USA competition
The Ultimate Warrior Wrestling tournament was held on January 25th

That’s when things started to get rocky. On March 13th, 2020, Gov. Tom Wolf shut down all schools in Pennsylvania for two weeks. That temporary closure was then extended to three weeks. Eventually, all schools in PA closed for the rest of the 2019-2020 school year.

Due to the unfortunate circumstances, West Branch started remote learning on March 30th, 2020. This virtual learning allowed students to work either from their 1-on-1 laptops or from physical copies of assignments if a student didn’t have access to internet at home.

West Branch also started a free lunch program with the YMCA. Two times a week students could pick up bagged lunches from the school that provided a student with food for the whole week.

The WB administration also worked hard to make sure that the Class of 2020 still got a graduation experience. Some activities include a farewell parade, individual graduations, and group graduation. These are the two videos that were published to the WB website:

High School and Elementary yearbooks will arrive at the end of June. Middle School yearbooks were pushed back to late summer and will be distributed when the 2020-2021 school year starts.

Thank you to everyone who made schooling work through these unprecedented times. With many counties moving to the green phase, this summer should be more stress-free than the past few months. Have a great summer!