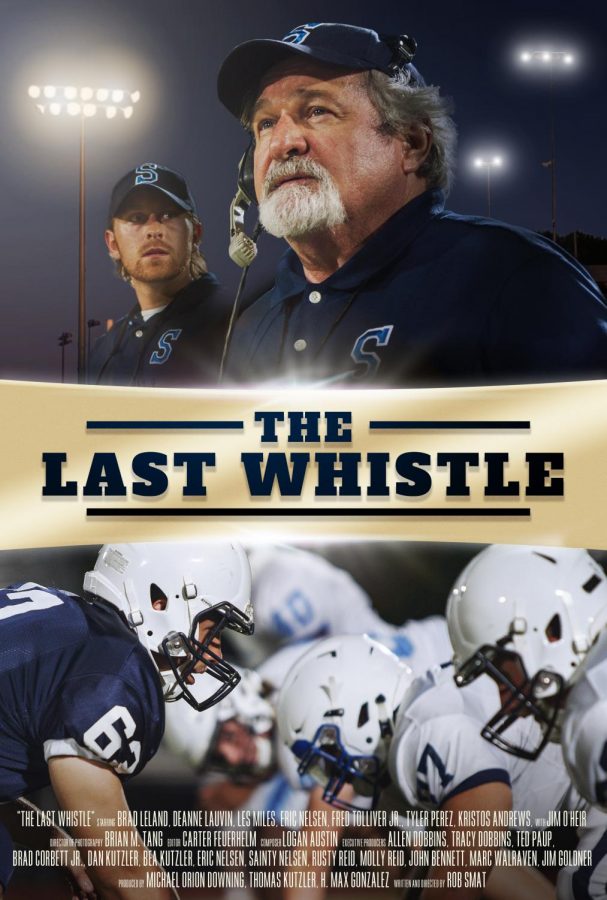 Rob Smat’s first ever movie produced turns out to be a stepping stone in the right direction.

If you’re looking for a good sports or drama movie, then The Last Whistle is for you. Minor spoilers are mentioned.

The Last Whistle is directed by Rob Smat, which stars Brad Leland, Jim O’Heir, and Deanna Lauvin. When an all-star player, Benny Robison, drops dead on the ground during football practice, all eyes turn to the head coach. The head coach, Brad Leland, is faced with a very tough decision to make about the upcoming Friday night game. He decides to play Friday night’s game, but some other people think otherwise. After his decision, the whole town turns against him. The principal of the school vetoes Brad’s decision saying that he thinks it’s the better thing to do. At the time, the only thing the coach cared about was his winning streak. All of the football players say they want to play, but the decision was already made. Not only that, but Brad is also faced with a lawsuit from Benny’s mom. Wait, there’s more! Brad is also fired as the head coach of the football team. Now with the whole town against him, a lawsuit against him, and no job, Brad doesn’t know what to do. First thing’s first, he has to win the court case, which would not state that he is guilty of Benny’s death. The main reason why he won the court case was that he didn’t know Benny had Sudden Cardiac Arrest (SCA), which can be associated with hypertrophic cardiomyopathy (HC). HC causes one athlete to die every three days. The Last Whistle helps spread awareness that SCA, or HC, is serious. Later on in the movie, Brad wins the court case stating that he is not guilty of the death. As the championship game approaches, Brad knows exactly what he must do. The new head coach lets Brad talk to his former team before the game. I’ll leave that on a cliffhanger for you to find out.

Overall, The Last Whistle is a movie that I enjoyed very much. It has important messages everyone should know. The only problem I have with it is that it doesn’t show the championship game. I would’ve liked to see them win the game and the whole team comes rushing to Brad, telling him, “Thank you, coach.” That would’ve for sure made me get the tissues out. I give this movie a solid 8/10. As of right now, it is on Netflix and is rated PG.