Katlyn Folmar, goalie for the soccer team is this week's athlete of the week 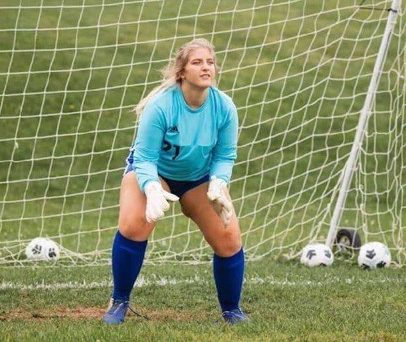 Katlyn Folmar anticipates the shot from an opposing player.

Favorite Restaurant: “Chinese Buffet in Philipsburg… only with Eleyna though”

Pregame Ritual: “Lauren Timblin dumps water on my gloves and I take a deep breath with Madison Kephart”