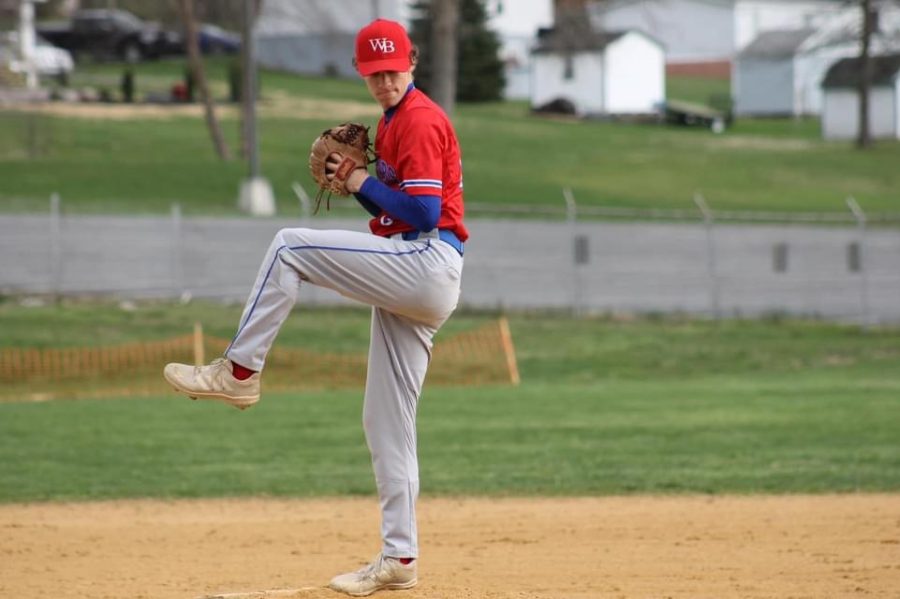 Defense was the name of the game for West Branch against the Blue Devils, as they allowed no runs in the victory against the visiting Blue Devils. Led by the right arm of senior Zack Tiracorda, the Warriors allowed only 3 hits and didn’t have an error. Zack’s complete game shutout gave the Warriors a big momentum boost as they picked up their second consecutive victory. Tiracorda struck out 6 out of the 23 at bats he faced, not allowing a runner to advance past third base.

“Zack was very efficient. He got ahead of hitters and gave no free passes. We had solid defense showing and Logan Folmar made some great plays at first base to save some errant throws. It was great to see many guys contributing to the game,” says head coach Dave Learish about the team’s performance.

West Branch’s offense got hot early after Isaac Tiracorda drew a walk and scored after a Zack Tiracorda double into the left-center gap. Four more runs came in the 3rd inning after the Warriors drew 3 consecutive walks, all of which scored after back to back singles from Logan Folmar and Luke Liptak who also scored. The team bats gathered 10 hits total and their plate discipline tallied 6 walks to help propel them to their fifth win of the season.