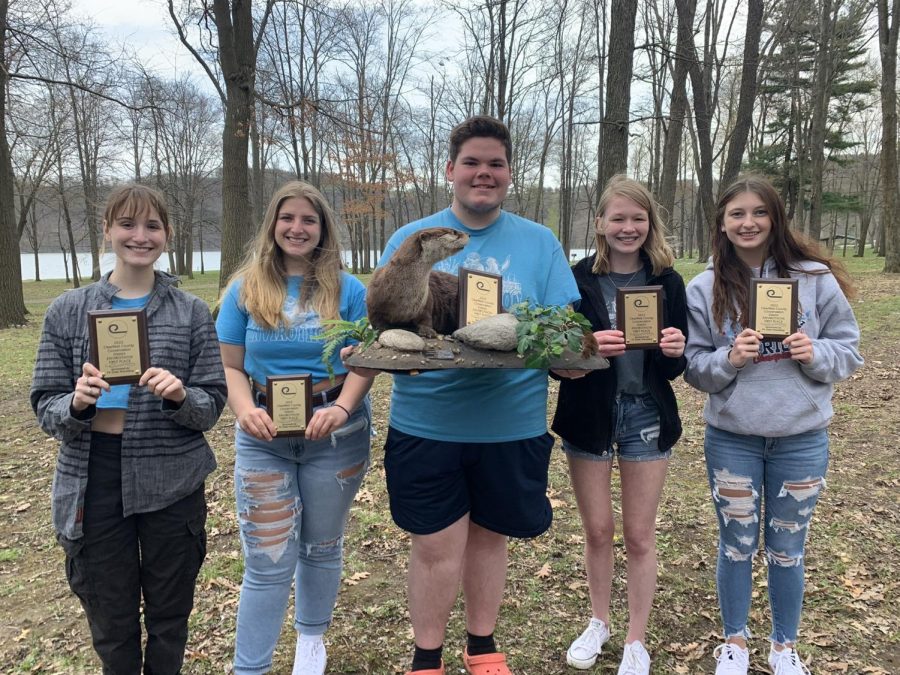 This year, the Envirothon took place near Curwensville Lake on Tuesday, May 2. The teams came back with good news! Our seniors took first place, with their team called the Enviro”mentals”, and they are now moving on to the state competition with a score of 346. Senior Noah Fry (aquatics) placed first place in his field, with a score of 68. Our other two teams, the Least Bitterns (eighth place) and the Sharp-Shinned Hawks (ninth place) will not be moving onto the state competition. All teams were lead by the advisor, Mr. Socash.

The history of Envirothon dates back to about 40 years ago. In 1979, the Pennsylvania State Conservation Commission and the Pennsylvania Association of Conservation Districts sponsored an “Environmental Olympics”, where high school kids study, and then are quizzed on topics such as forestry, aquatics, soils, wildlife, and a fifth topic that changes every year. The topic is current issues, and it is something that relates to a current environmental issue in the world or community. This year’s topic was waste to resource, an approach where instead of viewing waste as a problem, it’s seen as a valuable resource. In 1988, the program hosted its first “National Envirothon” with teams coming from Pennsylvania, Ohio, and Massachusetts. The program was created to encourage students to become more interested in natural resources and conservation issues.