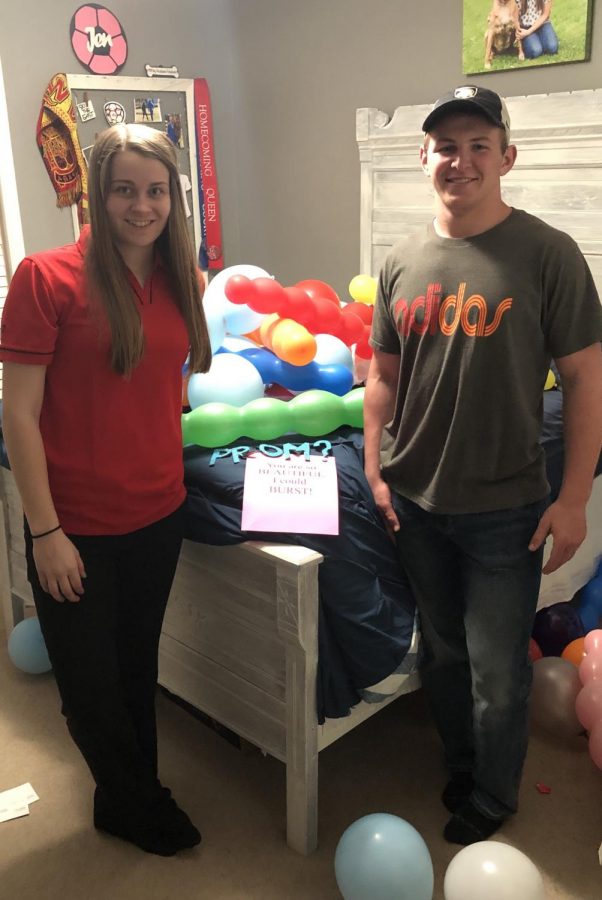 Derek surprises Jen with a promposal after a long day at work.

Derek surprised me after work with the promposal. Once I came home, I was in the kitchen talking to my mom and she told me to go change out of my work clothes before I ate dinner. I went back to my room, opened the door and there were balloons EVERYWHERE. Laying on my bed was a sign that said, “You are so beautiful I could BURST”. I turned around and Derek was behind me (he hid in my brother’s room and had parked his car at my grams so I did not know he was there). He told me to pop the 5 balloons that were near the poster and as I popped each one, “Prom?” was spelled out from the letters in the balloons. I said yes! Derek also put candy in most of the balloons! 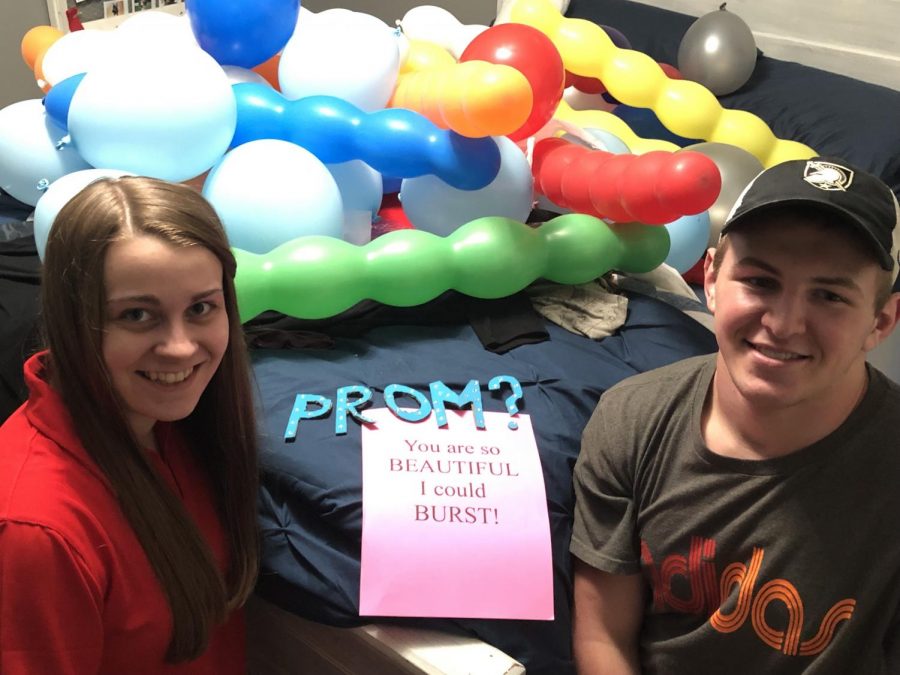 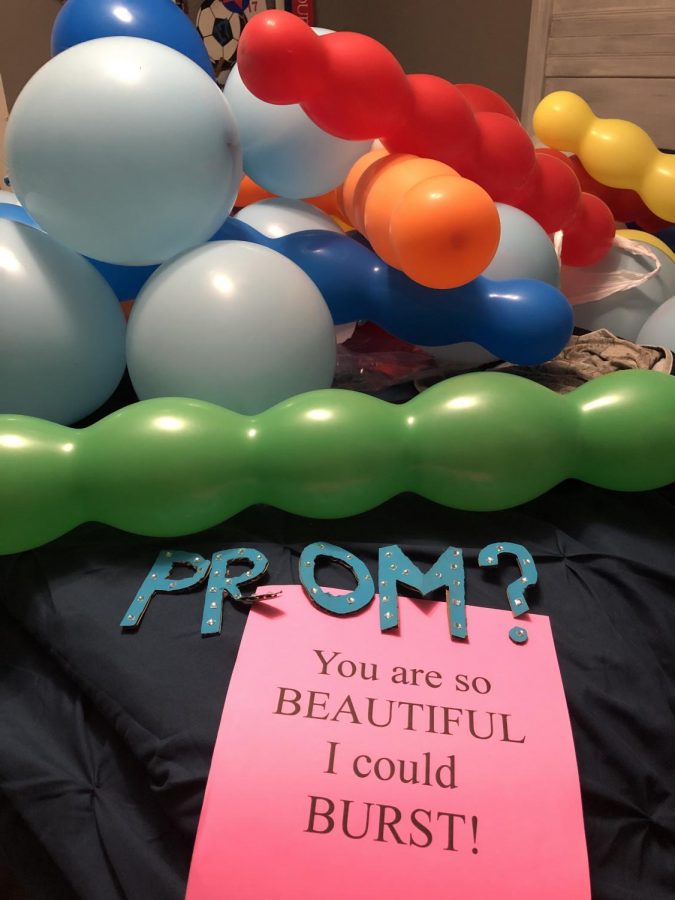