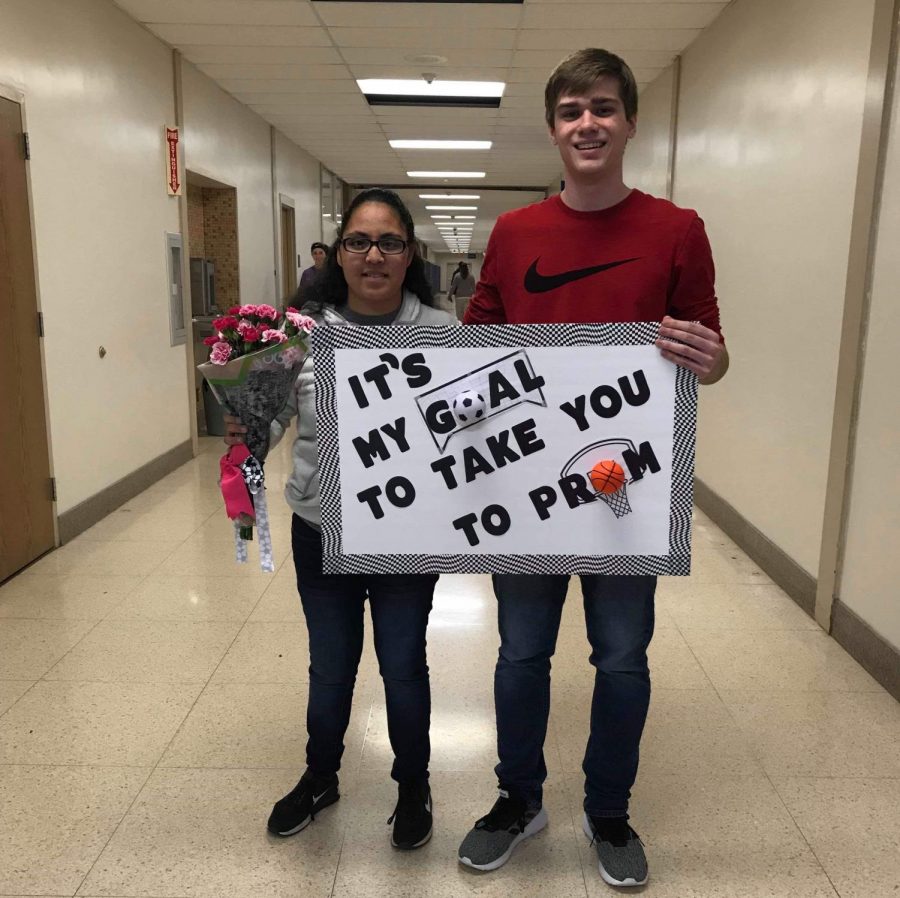 John and Esther pose for a picture after Esther said, “YES!”

Me and a group of friends wanted to surprise Esther with a promposal. I figured since we both play basketball and she plays soccer, I would make a poster with those themes! We had two of her friends call Esther out into the hallway and when she came, I popped around the corner with the poster and a bouquet of flowers (which match her dress). Luckily she said yes!