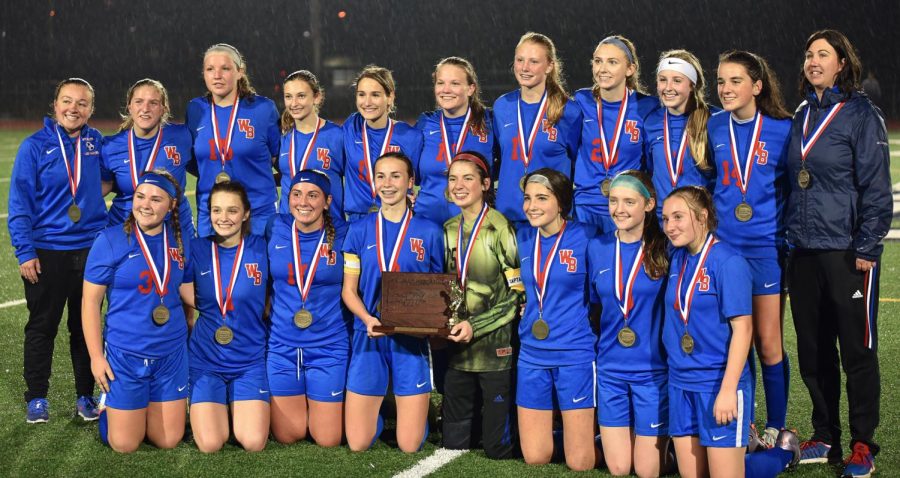 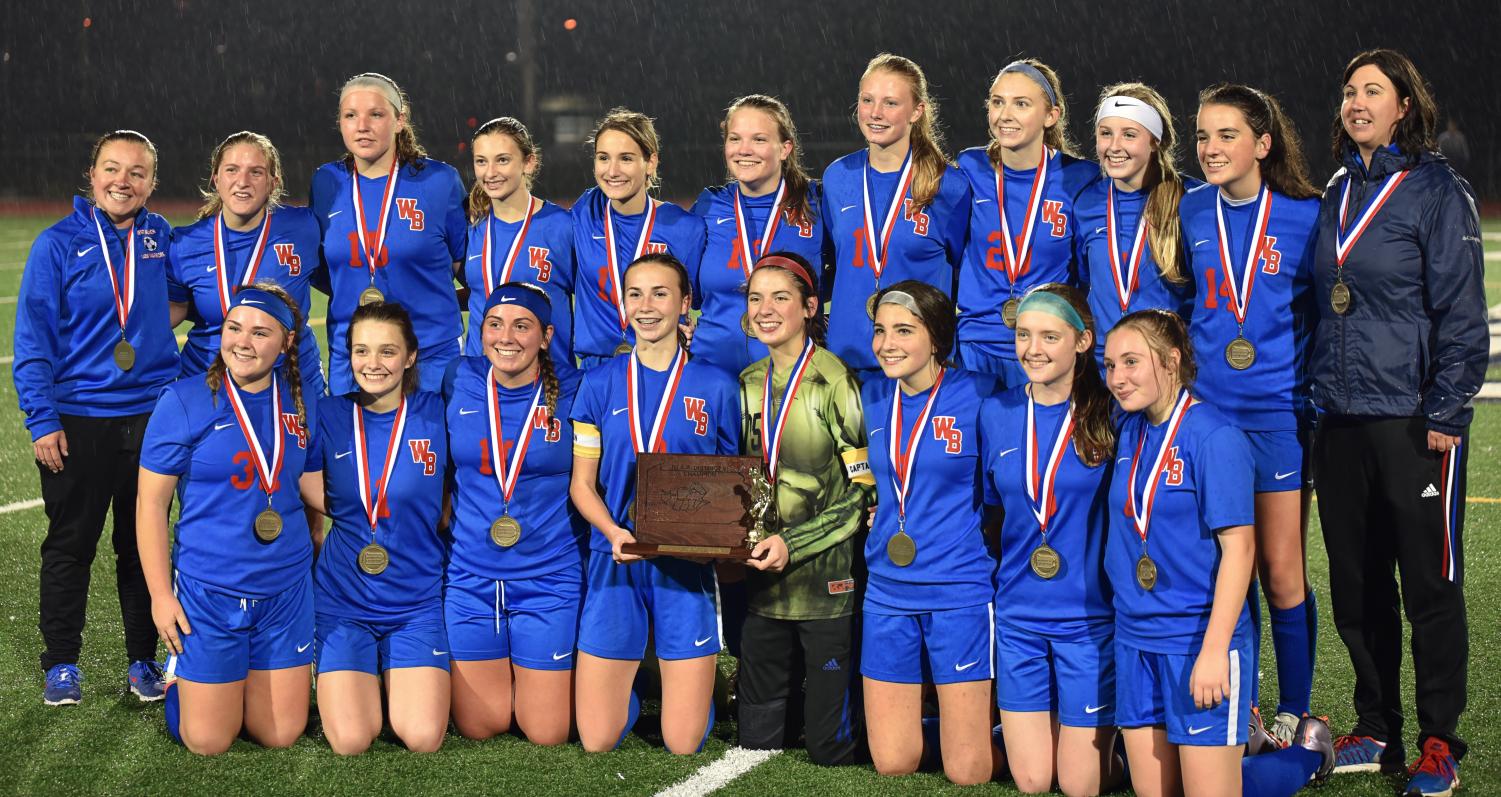 The Lady Warriors soccer team finished their season with a 16-5-1 record and a District 6 championship. After losing 10 seniors, 7 who were starters, the Lady Warriors came into the season as a young and inexperienced varsity team. After having a rough start to the season the team was finally able to find themselves as a team and go on a 10 game winning streak. The success as a team was found with winning hard defensive battles and scoring early in the games. Defensively the Lady Warriors were able to record 8 shutouts, tying the school record, and they were able to keep the opposition to a mere 1.3 goals against average. The Lady Warriors defense was led by keeper Sarah Betts, Madison Kephart, Eleyna Hanslovan, Olivia Stavola, Paige Washic, and Mariah Hayles. Offensively the Lady Warriors recorded 83 goals on the season. The leading scorers were Trinity Prestash with 39 goals (single season scoring record), Olivia Straka with 14 goals, and Lauren Timblin with 11 goals. The Lady Warriors averaged 3.8 goals per game. Other team members that assisted in the remarkable season were Anna Diviney, Emily Parks, Alaina Gormont, Olivia Blasko, Hannah Betts, Leah Heller, Brittany Walker, and Katelyn Folmar. The team also won the Northern ICC, but lost to Everett in the ICC championship game. After earning the number two seed in districts and getting a bye the first round the Lady Warriors defeated Bishop Guilfoyle 6-2 to advance to the championship game. The Lady Warriors then won the District 6 championship after beating rivals Moshannon Valley 3-0. Unfortunately the season ended for the Lady Warriors on November 5th after suffering a 3-1 deficit in the round of 16 in the state tournament bracket. Congrats to the Lady Warriors on an outstanding season!